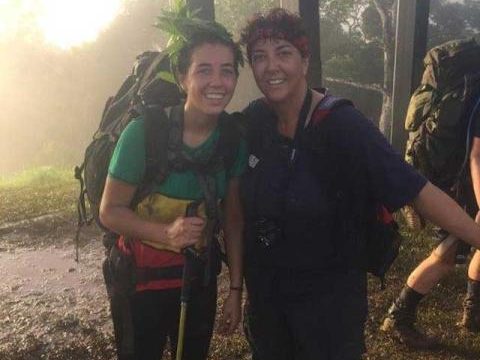 In April, Rachel and her 17 year-old daughter Tess – the wife and daughter of late AFP member Mick Stirling – embarked on (and completed) a journey of the Kokoda Track in PNG to raise money for AFP Legacy and the Cure Brain Cancer Foundation.

Joined by AFP Legacy President Shane McLennan – along with his two daughters, son-in-law and brother – Rachel and Tess were part of a group of 29 trekkers to take on Kokoda.

Recently, Tess wrote to AFP Legacy, sharing the challenges and the triumphs of the experience…

As I write this, Mum is not quite at the stage of saying the Kokoda journey was ‘sensational’, but I am, and we both really appreciated AFP Legacy giving us the opportunity to do this together.

I’m sure one day Mum will look back on it and thank me for conning her into doing it J.

We finished the nine day trek from Kokoda to Owers’ Corner on the day before Anzac Day, and attended the Dawn Service at Bomana War Cemetery.

It was no surprise that Mum didn’t love doing it; she’s not a princess, but she’s not keen on camping or being uncomfortable, swore she’d never go anywhere without a toilet again years ago and with somewhat aged and already punished knees, was not looking forward to the sheer hard work of the Kokoda Track.

And to be honest, I’ve got no problems with my knees but they really hurt some days on the track, so I was a bit worried about how hers were feeling.

I didn’t really do the training I was supposed to although I do normally do a lot of exercise and play a lot of sport. However, on some of the walks I did do with Mum before we left, I gave her cause for concern about how I would go on the track (she actually had to carry my pack one time in training). But once we got to Kokoda and it was real, I was fine.

I really wanted to carry my own pack, and despite having a Legend (porter – called Legends in acknowledgement of the role the locals played during the Kokoda campaign during WW2), I did carry it for the whole trek, and was really happy I did.

It was hard, the downhills were as punishing as the uphills, and there were very few areas that could be considered easy, and they didn’t last for long. There was a massive amount of mud and we were wet a lot of the time, but overall I really enjoyed doing it, and much to Mum’s horror I would do it again!

PNG is a seriously beautiful country. The scenery from the track was amazing, the jungle was incredible; vines growing around trees and moss on everything and, thankfully, natural staircases from the roots of the trees (in their absence you could have just slid down most of the trails and getting up them would have been even harder). Beautiful flowers here and there and some parts of the track looked like it was out of a fairy tale.

There were a great bunch of people in our group and I really enjoyed getting to know them and my Legend John, who did the track with no shoes, so I was happy to give him mine at the end for his walk home. Yep, at the end of it, he walked back to Kokoda (it only takes the locals three days to get back).

The Legends were amazing, and added so much to the experience; they are incredibly caring people who genuinely just wanted to help us, and always did it with a smile.

We were happy to have raised over $4,500 for AFP Legacy and $1,220 for the Cure Brain Cancer Foundation.

Many thanks and appreciation, 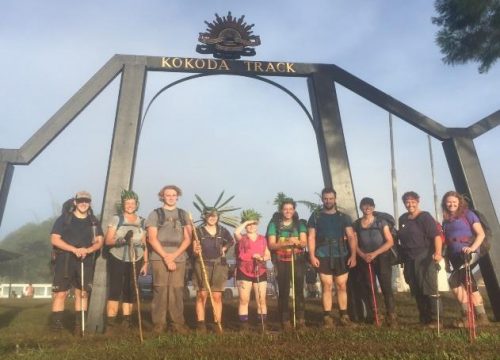 A note from AFP Legacy President, Shane McLennan
“We were extremely honoured to host Tess and her mum Rachel on the Kokoda Trek and we hope to continue this sponsorship in the years to come, giving our legatees the adventure and opportunity of a lifetime.

“We were also honoured to be given a private reception with Australia’s Governor General on his visit to PNG for Anzac Day commemorations. His Excellency Sir Peter and Lady Cosgrove hosted a 45 minute reception for the Police Legacy trekkers, recognising his role as the National Patron for Police Legacy.” 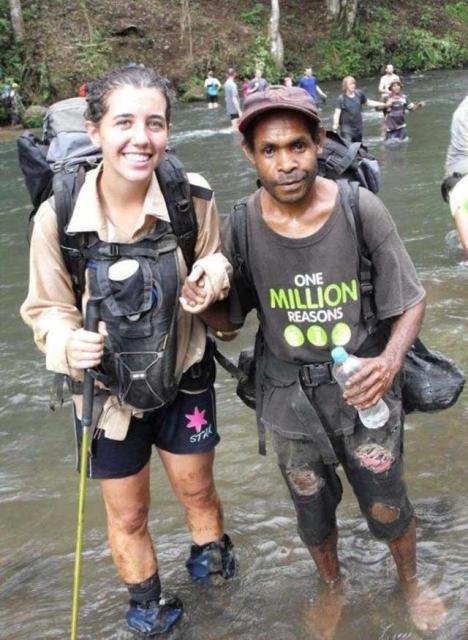 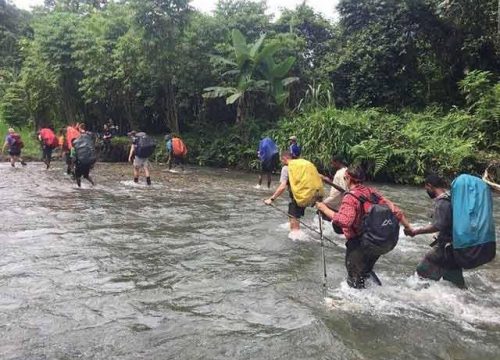 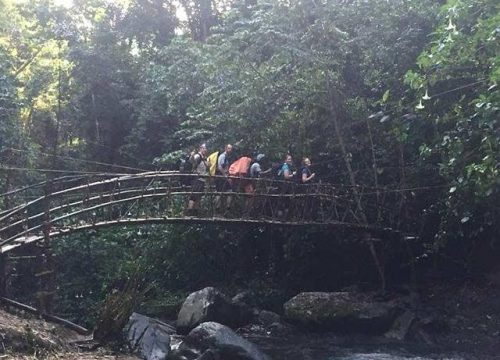 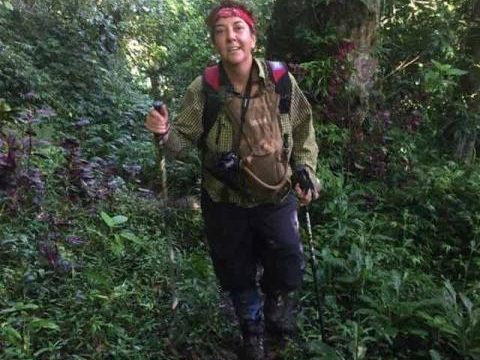 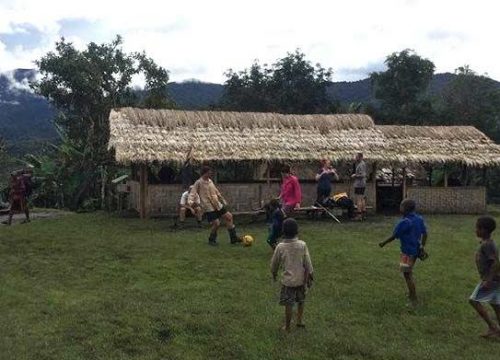 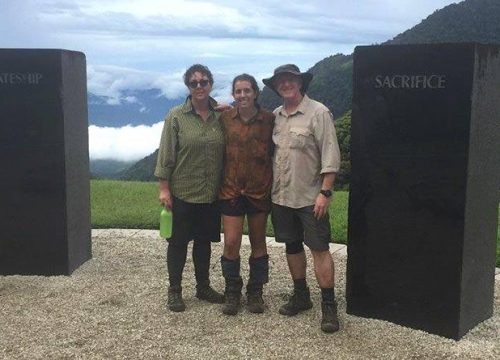 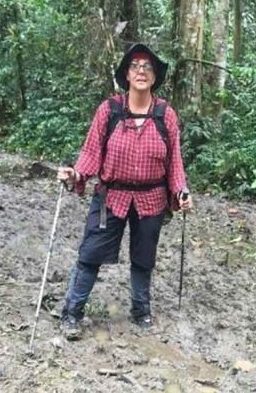 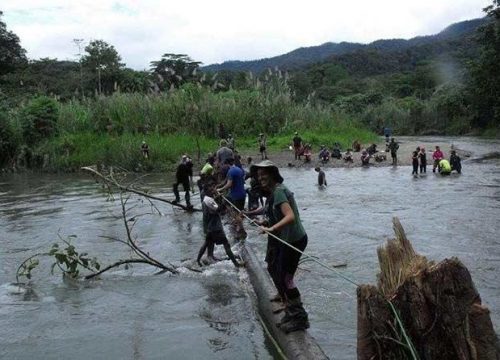 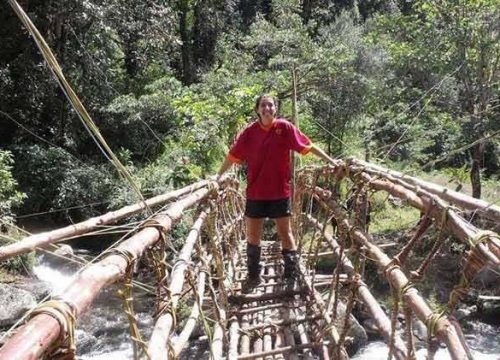 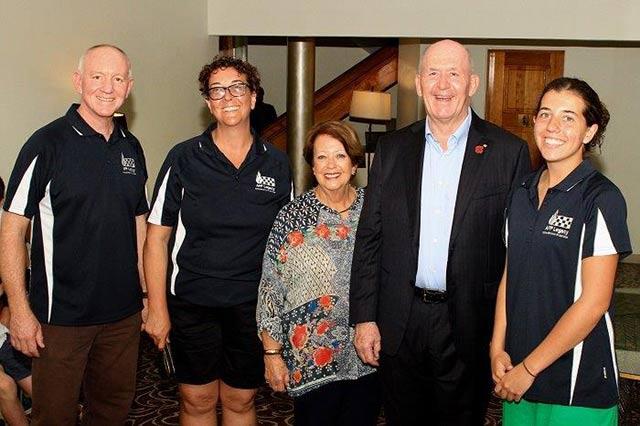